General Hospital fans feel that they have a pretty good handle on the character of Cameron Webber. Heck, they watched him grow up on screen as he is one of the very few soap opera children to age in real time rather than catching a case of SORAS (that’s Soap Opera Rapid Ageing Syndrome).

However, they may not be as knowledgeable about Cameron’s latest portrayer, William Lipton. So let’s get to know this young man who describes himself as a musician, songwriter, and actor with theses Five Fast Facts.

Early Roles
Cameron is the first major acting role for Lipton although he has been featured in a number of short films and played a part in the feature film The Adventures of Thomasina Sawyer.

Work Hours
Because he is a junior at San Mateo High School, Lipton has a very atypical workweek compared to most adult actors. His mother drives him six hours from their home in San Mateo to the GH set Lost Angeles and the two stay for three days in a hotel room while Lipton films a block of episodes.

Although Lipton is a talented young actor his first love is music. For the past 10 years, he has been one-third of the band WJM that also includes long-time friends William and Jeremy. The trio, who were featured on the NBC television program Little Big Shots, use their music to shine a spotlight on social injustice and important issues such as voting.

Authorship
As well as being a masterful instrumentalist and singer, Lipton is also a talented songwriter. He composed (and performed) two original numbers for General Hospital: NorthStar and Side By Side.

Workout
Lipton is a fitness enthusiast whose past times include playing baseball, tennis, and golf. He has also earned two black belts in Tae Kwon Do and has taken part in competitions held by his hometown dojo. General Hospital(GH) airs weekdays on ABC. Check your local listings for airtimes. 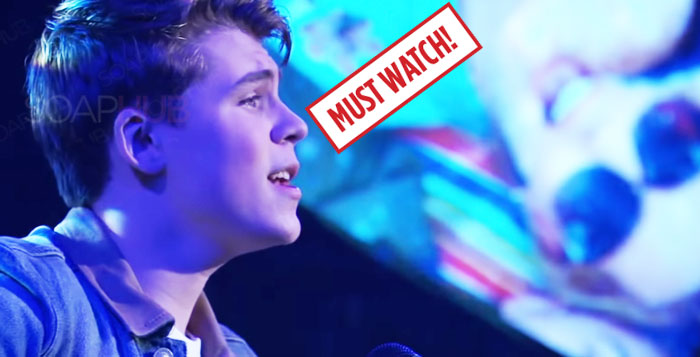