Everybody in Bachelor Nation seems to be connected, which is definitely the case for Hannah Godwin and one man from The Bachelorette’s past.

That man is Chris Strandburg. For those who don’t remember him, he was a contestant on Kaitlyn Bristowe’s season of The Bachelorette and was famously nicknamed “Cupcake” after he arrived night one in a cupcake car.

Well, as it turns out, Chris and current Bachelor contestant Hannah Godwin dated for a bit in the Spring of 2018, according to Us Weekly.

Chris used to live in Nashville and that is where Hannah currently lives, so they may have connected there initially.

Though they split before she decided to go on the Bachelor, they are still friends with one another.

Wow, talk about a small world!

Chris made it quite far on Kaitlyn’s season, but he is famously known for sobbing when she decided to send him home in Ireland.

Hannah, on the other hand, has made waves in Bachelor Nation recently because she snagged Colton’s first impression rose.

Though she hasn’t gotten a one-on-one date yet, she is already a Bachelor fan favorite because of her insane chemistry with Colton.

“I knew I liked Hannah G. For a reason. She’s not going anywhere. #TheBachelor,” one fan recently tweeted.

“Hannah G is END GAME. I can see it in his eyes,” another person wrote.

“I feel like Colton’s interactions with Hannah G. are so genuine… I like them,” somebody else shared.

One other person said, “I’m convinced that Colton will pick Hannah G in the end.”

Though it’s still very early in the season, it’s fairly clear Hannah G is one of the front-runners, along with people like Cassie, Elyse, and Caelynn. 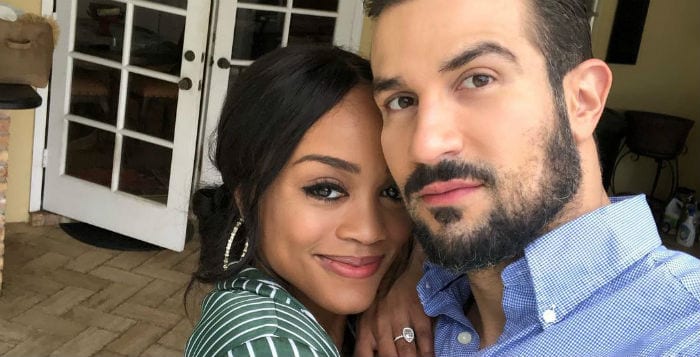