Everyone is gearing up for one the most anticipated season premieres ever — the return of the final season of Game of Thrones on HBO. We know it’s going to be mind-blowing — and what could be more mind-blowing than finding out Sansa is pregnant. Remember Ramsay’s parting words to Sansa, “I’m part of you now.”

Before you strike down this theory because supposedly “too much time has passed” — the way time moves in Westeros seems to be very convenient. It can take forever to cross the sea and yet a dragon can head to The North at lighting speed that would make Star Trek envious?

Obviously, corners are cut when they need to be and everything is about the good of the story. And what story wouldn’t be more dramatic than finding out Sansa (Sophie Turner) is very pregnant (she does wear that big coat that could hide the Empire State Building if need be) and about to give birth to her rapist’s baby?

If she is truly pregnant and has been hiding the fact, it’s a good chance that she’ll be ready to give birth at the worst possible moment — which could be when Winterfell is under attack by the White Walkers.

That moment seems as inevitable as Cersei (Lena Headey) sneering. As the epic battle gets underway at Winterfell, we could see Arya (Maisie Williams) being torn between a masterful killing spree and helping her sister — perhaps Brienne of Tarth (Gwendoline Christie) and Daenerys (Emilia Clarke) too.

And anyone losing focus about the task at hand could tip the scales towards the White Walkers. But even more so — how traumatic must it be for Sansa to be keeping such a secret? Having to deal with Ramsay (Iwan Rheon) was a horror all its own, but how would a still very young (even if she’s seen too much) Sansa handle carrying his child?

Is Game of Thrones Season 8 going to go down this emotional road, or will they steer clear? Guess we will all have to tune in to find out! GOT Season 8 Prediction: Is Daenerys Pregnant? 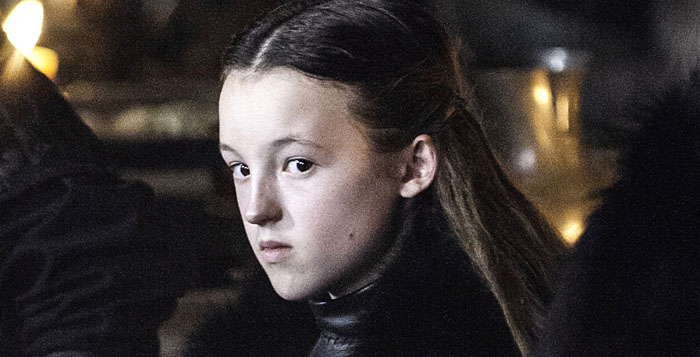