Kyle Lowder Days of Our Lives

He made a dramatic and unusual — but not unprecedented — return to Days Of Our Lives last year. But now, according to published reports, an Emmy-nominated star won’t be in Salem throughout the summer.

Daytime Confidential reports that Kyle Lowder (Rex) is exiting DAYS. The website reports his exit is storyline-dictated and will occur on Friday, August 9.

The actor first joined DAYS in 2000 as Brady Black, the son of John (Drake Hogestyn) and the late Isabella (Staci Greason). After locking horns and eventually making peace with stepmom Marlena (Deidre Hall) and enjoying a romance with Chloe (Nadia Bjorlin), Lowder left the show for the first time in 2005.

In 2007, he took on the role of Rick Forrester on The Bold And The Beautiful and shared on-screen romances with Taylor (Hunter Tylo) and Ashley (Eileen Davidson, who joined BB after temporarily leaving The Young And The Restless).

After Lowder left Salem, the part of Brady was recast with Eric Martsolf (ex-Ethan, Passions), who won an Emmy for playing the role in 2014.

When DAYS execs wanted to bring Lowder back last year, they cast him instead in the role of Rex Brady (formerly played by Eric Winter), now a doctor.

If this sounds familiar, it should! DAYS rehired Josh Taylor in 1998 to play not his original role of Chris Kositchek but to bring to life the part of Roman Brady (formerly played by Wayne Northrop).

Lowder has yet to confirm his departure on social media. Recently, the actor was cast in the upcoming movie A Mermaid For Christmas, which is currently in post-production. 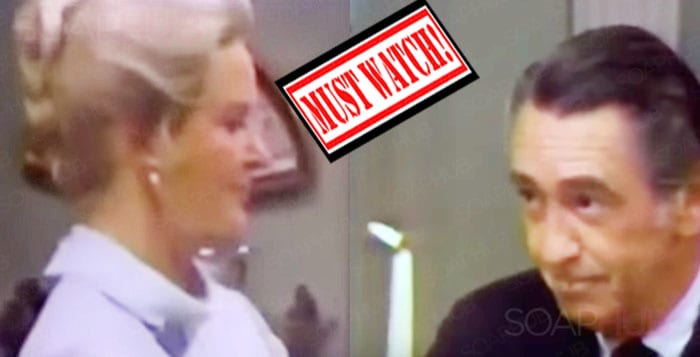