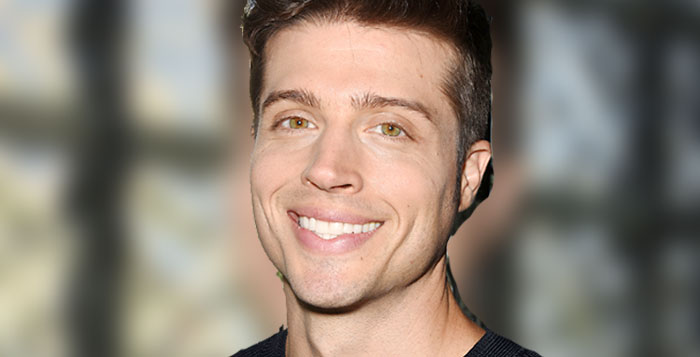 Days of our Lives Brock Kelly

To say that things aren’t going Evan Frears’s way on Days of our Lives is an understatement, what with his youngest progeny being stolen from his arms and the kick the sent him tumbling into the Salem River. Luckily things are going far more swimmingly for the character’s portrayer, Brock Kelly.

And that’s because he was born on August 17, 1985, in New Orleans, Louisiana, which means that this fan favorite is turning 37 years old today!

Kelly’s acting career was launched in 2004 via an appearance on Costume Party Capers: The Incredibles, a Disney Channel special, and was quickly followed by a small part on the CBS soap opera The Young and the Restless.

One year later, Kelly made his DAYS debut and spent considerable time playing Josh, a coffee house barista who caught the eye of Abigail Deveraux.

Subsequently, Kelly appeared in several primetime programs, including, The O.C., The Suite Life of Zack & Cody, the much-derided, short-lived Viva Laughlin, Supernatural, the Hawaiian set Beyond the Break, and Swedish Dicks. Between 2013 and 2014, he appeared in six episodes of Ravenswood, the Pretty Little Liars supernatural-tinged spinoff.

In 2019, Kelly returned to DAYS in a new role — Christian Maddox, AKA Evan Frears — and has been recurring ever since. During his time with the show, his character has fathered two sons, throttled former paramour Jordan Ridgeway — played by daytime TV veteran Chrishell Stause — to death, and saw to it that lovebirds Ben Weston (Robert Scott Wilson) and Ciara Brady Weston (Victoria Konefal) were torn asunder.

Kelly has been married to Adel Marie Ruiz, a registered nurse, since December 17, 2018. The couple welcomed their first child, a daughter named Adelina Valentina Kelly, on October 30, 2021.

Soap Hub would like to wish Brock Kelly a very happy birthday, and you can too by clicking on the Twitter link below.