Despite having joined Days of Our Lives barely over a year ago, it looks like Gilles Marini’s time on the show has come to an end — which isn’t all that surprising since Ted has been playing with fire, messing with Kristen DiMera and Xander Cook.

Despite Ted trying to go the legit route so he could romance Hope (Kristian Alfonso), it looks like all of his plans come to an abrupt end. According to the August 12 issue of Soap Opera Digest, Ted will be killed off after an encounter with Kristen (Stacy Haiduk) and Tony (Thaao Penghlis).

The actor told the magazine that he was there for a particular contract length and that the contract had come to an end. Marini certainly left a mark on the show as his character messed with the lives of several beloved Salem citizens, including Will (Chandler Massey) and Sonny (Freddie Smith).

In addition to his never-quite-taken-off romance with Hope, he also had a fling with Kate (Lauren Koslow), but in the end, the walls were closing in on Ted anyway. As for Marini, who has appeared all over primetime, from Switched at Birth to competing on Dancing With The Stars, he’s already moved on.

He has completed filming on Waiting For Anya with Oscar winner Anjelica Huston, is in pre-production on Jesus and the Other with Peter Coyote, and he’ll be appearing in Burning at Both Ends with fellow former daytimer Sebastian Roché (ex-Jerry Jacks, General Hospital) as well as Cary Elwes (The Princess Bride). Days of our Lives (DOOL) airs weekdays on NBC. Check your local listings for airtimes. 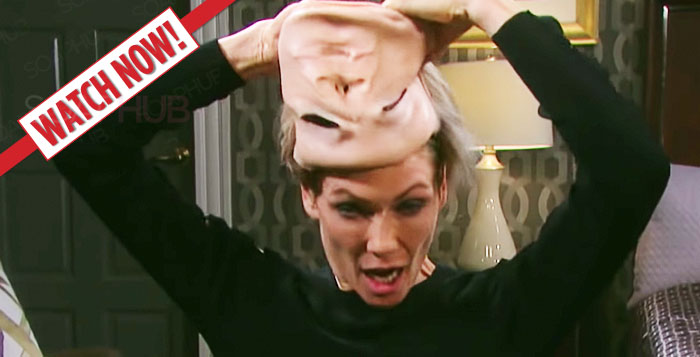