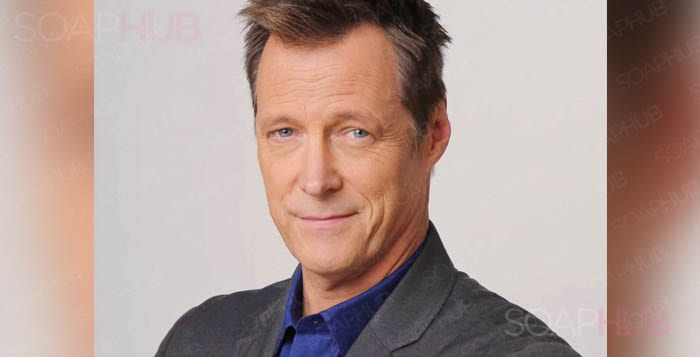 In the fictional world of Days of our Lives, Jack Deveraux just left town with Jennifer after a brief visit for the holidays. In the real world, actor Matthew Ashford is celebrating a very important milestone.

That’s because he was born on January 29, 1960, in Davenport, Iowa, which means that this talented performer is turning 62 years old today! Upon graduating from the North Carolina School of the Arts in Winston, Salem, Ashford relocated to New York City where he found almost immediate employment on the ABC daytime soap opera One Life to Live.

In that series, he played Drew Ralston. In 1984, he moved on to NBC’s Search for Tomorrow. There, he played Cagney McCleary until 1986. One year later, he accepted an offer to join the cast of the California-based soap Days of our Lives.

His debut as the frequently recast Jack Deveraux aired on October 30, 1987, and it took only a few episodes for executives to realize they had found a star. Ashford’s subsequent on-screen pairing with Melissa Reeves — who played ingenue Jennifer Horton — was a firm fan favorite and it even earned the two a Soap Opera Digest Award for “Favorite Supercouple.”

Ashford’s storyline-dictated exit took place in 1993 but by 1995, he was back on TV screens in yet another soap opera. This time it was ABC’s General Hospital where he played legacy character, Tom Hardy.

The GH gig ended in 1997 and subsequent roles included a small role in the film Billy’s Hollywood Screen Kiss, a guest spot on Charmed, and a recurring role on OLTL – though this time he was Doctor Stephen Harver, a professor, and prolific serial killer.

Outside of his acting work, Ashford is the spokesperson for the Retinoblastoma International Foundation and a partner in a production company, NGM Productions.

Soap Hub would like to wish Matthew Ashford a very happy birthday and you can too by clicking on the Twitter link below.