The Days of Our Lives recap for Monday, July 29 features two bombshell proposals and a much-anticipated breakup. Eve felt the heat, Gabi was blindsided, and Kristen blackmailed her brother.

Family First
Tony (Thaao Penghlis) was shocked to see Nicole (Arianne Zucker) but even more when the mask came off and Nicole was really Kristen. What a scheme! What a scam! It’s an absolute delight! But why?

Kristen (Stacy Haiduk) revealed her plans to reclaim DiMera but she can’t do it alone. Being Nicole is great and all but she can’t run the company without the last name. And, lord knows Kristen can’t come out as herself without going straight to jail.

Kristen then did the unthinkable and proposed to her very own brother! (At least they’re not blood-related.) Marry me, she said. Well, not “her” but “Nicole” and make her altar ego a part of the family. Tony said no at first but Kristen blackmailed him into saying yes.

Deal or No Deal
Speaking of proposals, Stefan (Brandon Barash) ran through Gabi’s (Camila Banus). Okay, he said. He’ll marry her but ONLY with a prenup. Uh-oh, this is bad news for Gabi. A prenup would shut down her take over plan. But, since he wouldn’t move forward without one, she had to agree.

Dumped and Fired
Eve’s (Kassie DePaiva) entire life went off the rails. She and Jack (Matthew Atkinson) had it out over the serum, she destroyed every single vile, and he kicked her out of the room. But, that was not all. He demanded a divorce!

Jack turned to Jen (Melissa Reeves) for support and told her the sordid tale. Eve turned to Xander and he reminded her the serum could be made again.

Eve ran to work and called the lab. She got the only remaining documentation from the formula and put it through the shredder. Jack was devastated and he fired her right on the spot. Days of our Lives (DOOL) airs weekdays on NBC. Check your local listings for airtimes. 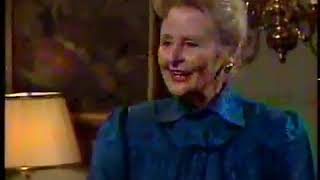