Darla briefly dated Thorne after his ex, Macy, had moved onto a life with Grant. Alas, Macy’s happiness was cut short when Grant died. This opened up the door for a Macy/Thorne reunion, leaving Darla out in the cold…at least for now.

Surprise Pregnancy
Darla and Macy’s other loved ones were thrilled when Macy, believed dead, turned up alive in Italy. Alas, Macy had remarried, devastating Thorne. He turned to Darla for a one-night stand and they had a baby, Alexandria, honoring Macy’s last name (Alexander).

Darla and Macy made up shortly before Macy sang at a club where a massive chandelier fell on her. Macy died (off-camera…hmm.) This paved the way for Darla and Thorne to raise Alexandria (Aly) together. Thorne went to work at Spectra, but then Sally decided to close the company, which left Darla without a place to work.

Full Circle
Darla and Thorne invited Sally to live with them after they discovered she’d moved into an assisted living facility. Darla made a fateful mistake when she went to help Phoebe change a flat tire on a foggy road. Taylor drove by and accidentally hit Darla with her car. She died with Thorne by her side.

Spiritual Signs
Poor Aly never got over her mother’s death. She started imagining Darla appearing to her and thought that “Darla” wanted Aly to take the life of Steffy, Taylor’s daughter. During a struggle with Steffy, ironically, on the side of a road, Aly hit her head on a rock and died. 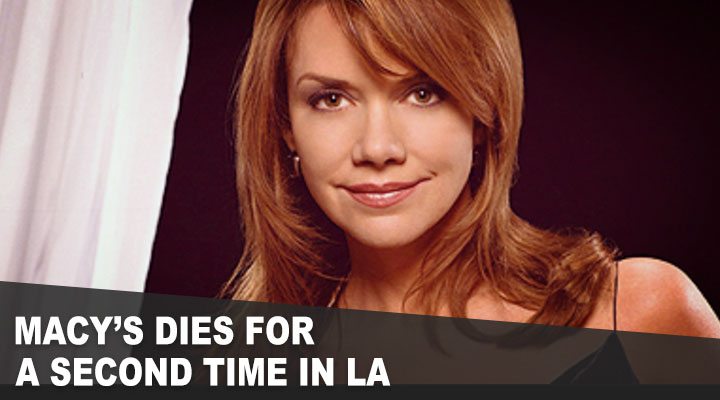