The Bold and the Beautiful Spoilers (BB): Liam Tells Bill Things Will Never Be The Same!
Share on Facebook The Bold and the Beautiful spoilers (BB) for Friday, January 5 showcase an angry Liam and a desperate Steffy, looking for a confidante.

The Confessional
Steffy (Jacqueline MacInnes Wood) tried to get Katie (Heather Tom) to butt out of her business after she discovered the paternity test paper lying out in the open. (Note to Steffy: consider burning that lab test, okay?)

Steffy opens up to Katie, sharing what transpired between her and Bill. Katie knows what Bill is capable of since he cheated on her with her own sister. But betraying his own son makes Bill and Steffy hooking up even worse.

The Confidante
Steffy not only wants Katie to listen to her, but she begs her to keep her confidence. Steffy doesn’t want anyone to know about her infidelity and how Bill could have been the father of her unborn baby.

Steffy isn’t sure what her next step is going to be. She wishes she could turn the clock back to that night she and Bill made love and she’d stop herself.

Mettle
Liam (Scott Clifton) is no match for Bill (Don Diamont), who’s stronger and bigger, now that their conflict has turned physical. But Liam is so furious at his dad that the added adrenalin gives him the energy he needs to get some shots in.

Ultimately, Bill can take care of himself.

Father’s Daze
Liam makes it clear there are going to be consequences for his actions. Liam may not have bested his father physically, but he’s not going to take what happened lying down.

The last thing Liam ever wanted was to be like his father, but perhaps becoming just like him is the way in which Liam can make Bill pay for sleeping with Steffy! 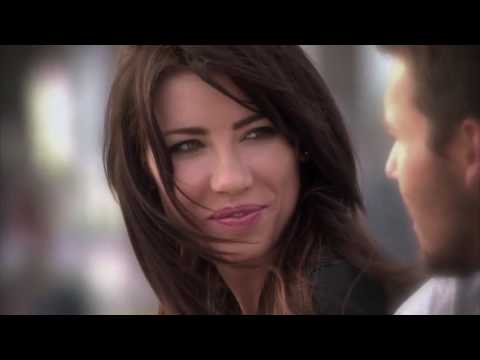