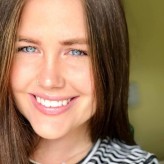 Zoe graduated from the University of Kansas in 2016 with a degree in Journalism. She moved to New York and began working for an entertainment website called Wetpaint.com. While there, she primarily wrote about The Bachelor, Dancing With the Stars, the Real Housewives franchise, and other celebrity news.   After two years of living in NYC, Zoe moved back to her hometown of Kansas City, where she now writes for a few different entertainment sites, including SoapHub, TVInsider, and the DailyMail.

Johnny Depp and Amber Heard’s romance may have been hot and heavy, but it did not end very well. In fact, the couple’s separation was ugly and full of turmoil. Despite that, they did have one of the m…

Lesley Dunlop is a British actress best known for appearing as Brenda Walker on Emmerdale for over a decade. Along with her work on the British soap, Dunlop has also appeared in shows such as Doctor W…

Gregory Finnegan is a British actor best known for playing James Nightingale on the soap opera Hollyoaks for the last few years. He also appeared on the soaps EastEnders and Family Affairs. Along with…

Alex Fletcher is a British actress who has appeared as Diane O’Connor in Hollyoaks for close to a decade. She was also on Brookside. Along with her work on British soaps, Fletcher has been on shows su…

Ted Danson has been happily married to actress Mary Steenbergen for almost 25 years, but the Cheers actor had been through his fair share of Hollywood relationships, including one with Oscar-winner an…

Tamara Wall is a British television and theater actress who is best known for appearing as Grace Black on Hollyoaks for over five years. She also has been on the long-running EastEnders. Along with he…

Ethan Hawke and Uma Thurman fell in love like a lot of actors before them — while on the set of a movie they were shooting — but their relationship didn’t last. While it didn’t work in the long …

Duncan Preston is a British actor who currently stars as Douglas Potts in Emmerdale on-and-off for over a decade. He also has appeared on EastEnders. Along with his work on the British soaps, Preston …

Meg Johnson is a British actress who is best known for playing Eunice Gee on Coronation Street, Pearl Ladderbanks on Emmerdale and Brigid on Brookside. Along with her work in the two British soaps, Jo…

Sally Ann Matthews is a British actress who is best known for appearing as Jenny Bradley on Coronation Street on-and-off for over 30 years. She has also appeared on Emmerdale. Along with her work on t…